College is a time for exploration and breaking out of your shell.  Everyone has an opportunity to find a new passion or enhance an old one and run with it. Quinnipiac Junior Kyle T. Adams found his passion by combining some of his favorite interests: Fashion, creativity, travel and community.

His passion came to a head with the creation of “Prodigy Apparel”, an e-commerce start-up fashion company.  “Started finals week Sophomore year (January 2016). I went to the Lab to do IDD (Digital Design) work.  I saw everyone’s perspective grind, everyone doing what they love to do, and realized I was doing that too,” said Kyle.  He used that opportunity to start the framework for what became Prodigy Apparel.

“I started searching different pictures of brands and companies I liked.  I wanted to capture something simple, so I started with the top of the brain view.  I wanted to include something with the exploration aspect because my dream is to travel the world, and that’s where the compass came from.”  That set the framework for his logo for the company that can be found on all of his shirts.

From there it came down to content.  As a traveler to be and someone who is intrigued by the different cultures of the world, he found inspiration from different corners of the globe. “I feel that’s where I got the influence from.. cultures that incorporated a free-living lifestyle but i don’t think I’m limited to just them,” said Adams. “I’ve been selling more and more to outliers than I’d expect.  What more and more people are realizing about Prodigy is my seriousness and my legitimacy”

The first step in his journey was done, but there was still a long way to go.  Kyle had to create his first design to get his idea off the ground.  He says a lot of his apparel creativity came from high school.  “I always tried different categories out in my wardrobe.  I tried all types of clothing.  A lot of inspiration came from one aspect from each of my wardrobe choices.”

Just like a painting, clothing is an Art form.  It stems from creativity and the vision of the creator.  Kyle’s creativity didn’t start with traditional artwork, but rather with capturing moments.  “I knew I had creative talent in the sense of Photography.  I love capturing moments, but instead of capturing them, I wanted to create them.”

His first line dropped in the beginning of August 2016.  It featured only two designs, both represented on T-shirts.  The idea was to start with a simple design to get a gauge of people’s interest. 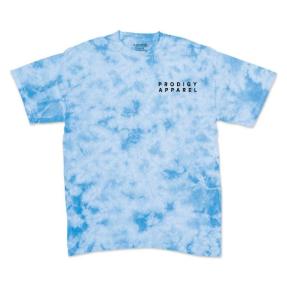 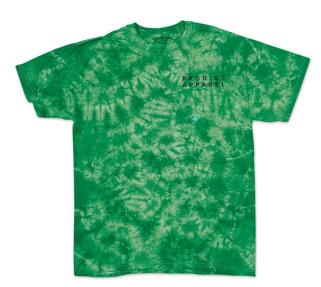 The simplistic designs are just the start, because Adams is already finalizing his fall line, featuring more intricate designs and more options for all types of people to choose from.  In this exclusive interview with Adams, he gave us a sneak peek of one of his designs for his fall collection (See the sneak peak below).

When asked about the design, Kyle said, “This first design in the fall line I call ‘dock days’.  My main goal for this design was to create a moment in time that was iconic, such as jumping into the water, having the water ripple and splash everywhere.  All of us are familiar with it despite having diverse backgrounds.  Whether male, female, from Connecticut or Florida, we all have this visceral feeling that moment when our body hits the water, and I really thought that was special.  That’s why I wanted to create that moment in time and incorporate Prodigy into it.”

This is only the beginning of Prodigy Apparel in Adam’s eyes.  After building up his brand, he looks to move away from strictly online sales.  “I definitely want to move to on the ground sales,” says Adams.  “I feel it’s more personal and I want to get more people on the Prodigy team, so that I can employ people for a career and see others flourish and excel at whatever they love to do.”

He looks to expand across the country to get his ideas to more people with various audiences.  “Five years from now, I hope to have various shops that all go to an epicenter of where I am.  Big cities of America where there are melting pots.”

Obviously there’s still a long time before any of these ideas can be put into fruition, but the mindset for success is there.  “It’s hard to get people to realize… I really do believe that this is going to blow up faster than people think… the people aren’t ready.”

Get ready folks, because this entrepreneur has big goals and is ready to fight for his success.

Make sure to follow Prodigy Apparel’s social media accounts for all the latest designs and mottos that resonate with the company.

For all general inquiries about merchandise please email: infoprodigyapparel@gmail.com.